Posted on June 11, 2015 by ecwinnipegwebsite 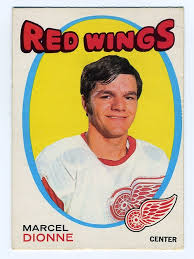 Have you ever been shut out of a gathering, party, or event that you really wanted to be a part of? Feels awful doesn’t it? That feeling that you just don’t have what it takes, or aren’t good enough…

Years ago, in the small Ontario town where we lived, a team of former NHL stars showed up for a charity event. It was the highlight of the winter for the hockey fans in our house. My oldest son (age 10) rooted through my old hockey card collection anticipating some sweet autographs.

My youngest son (age 8) was almost inconsolable when he found out he couldn’t go because we wouldn’t let him skip his friend’s birthday party that night. However, we promised to do our best to collect some memorabilia for him.

Since we had not paid the “VIP” admission to allow us to schmooze with the NHL’ers after the game, we had to get creative. Son #1 was quite successful hanging around the locker room and returned like a triumphant hunter with his prey slung over his shoulder. But what about son #2? We couldn’t leave empty handed…

As we gazed longingly at the entrance to the VIP suite, we realized we were definitely NOT invited to the party. Security was tight. As we trudged away, we met a man who spoke to us with a thick French Canadian accent… “Are you guys looking for autographs?”

We explained our quest and confessed we were not VIPs at all. We had no right to go in. No high priced tickets. Restricted access.

As he led us by security, he proclaimed, ”Dese guys are wit me!”

That’s all we needed to get in. Not only that, but he personally ushered us  around to each of the NHL’ers, interrupting conversations when necessary, to make sure we met all the players we wanted as well as hitting the refreshment table on the way  out.

What a night. I’m not sure where any of those hockey cards are today, but when I recall that story, it reminds me of how Jesus makes it possible for us to connect with the Creator. He meets us in our desperate need, and explains his family connection. Then he uses his authority to get us into the party and says those sweet words…”Dese guys are wit me!”

← Intergenerational Worship
Welcome to the Family →

This site uses Akismet to reduce spam. Learn how your comment data is processed.